The ground floor once housed a liquor store. Sigtuna´s first cinema used to occupy the conference room now called Lilla Torget. And there was the famous occasion when the then King Gustav V, honoured the hotel with a visit. One of the guests happened to spill milk over the King from the balcony of his room, which today bears the appropriate name of the Gustav V Room. A lot has changed since then and the balcony is gone – for you never know when the King may pay a visit.

Sigtuna Stadshotell stands like a highly polished stone in the middle of Sweden’s oldest town only 40 minutes from Stockholm and 15 minutes from Arlanda. In front of its refurbished facade lies the broad waters of Sigtunaviken, as beautiful as when the hotel was built in 1909. The whole hotel has recently been comprehensively renovated to restore its original appearance. Today it offers 26 comfortable bedrooms together with conference rooms, dining rooms, bar, lounge and recreation areas. In short, everything you could want for a successful meeting, a delicious meal and a refreshing night´s sleep.

Marilyn is also the owner of Wirsbo Herrgård. Read more at wirsboherrgard.se 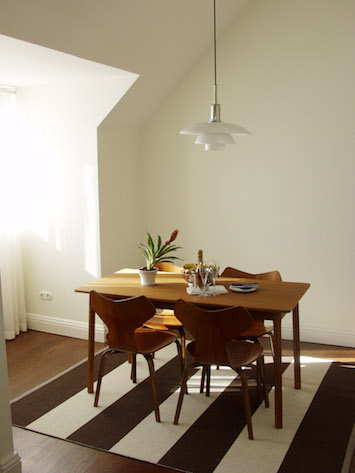